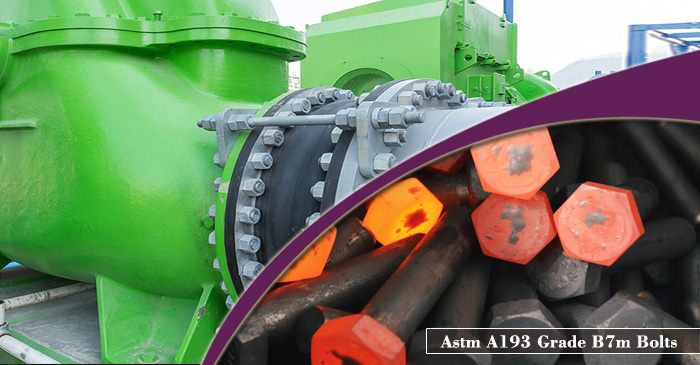 Although grade B7 is produced from carbon steel, this metal is referred to as alloy steel. According to the specification, the chemical composition of the ASTM A193 Grade B7m Bolts contains a specific amount of various elements. The chemical composition of the material contains elements such as aluminum, boron, cobalt, columbium, molybdenum, nickel, titanium, vanadium as well as zirconium in the ASTM A193 Grade B7 Stud Bolts.

Since the content of chromium in this alloy is less than 4%, the A193 B7 Bolts Material is referred to an alloy steel. Both alloy grades i.e. ASTM A193 B7m Bolts and grade B7 are processed by heat treatment. Using heat treatment on the material, yeilds an alloy that has better tensile strength. And so the resultant ASTM A193 B7 Heavy Hex Bolts is suited to applications involving both high-pressure and high-heat. Even though the chemical composition for both alloy grades is similar, the difference between them both is that there are changes in their property requirement.

For instance, both the minimum yield and tensile strength for ASTM A193 B7 Metric Bolts tends to be much higher than in the B7M grade bolt. The ASTM A193 Grade B7 Bolts produced per this specification needs to maintain strict control over its chemistry, without any inclusion of any prescribed element in its chemistry.

Testing conducted on A193 B7M Bolts 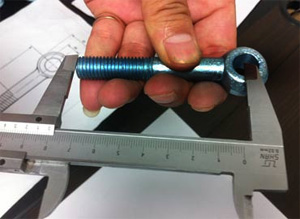 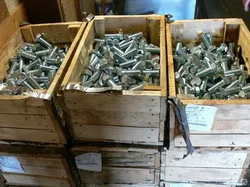 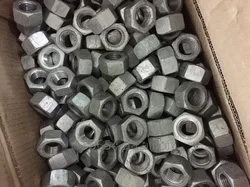 All B7M bolting which has been 100% hardness tried should be marked B7M and will have the Raajsagar Trademarked for producer's ID.